The twister-stricken house of Dorothy and Toto has landed on the stage of CADD Theatre at Faith Academy, giving life to some of the most iconic characters of our childhood. I got the exciting chance to watch it during the closing night of the show last April 21 and it made me realize one clear fact: Faith Academy’s production of The Wizard of Oz is a talented image of how great school theatre groups can be. What makes school productions promising, more than anything else, is their ability to sift individuals in order to uncover remarkable potentials. I held so many reservations before entering the theatre because I knew that comparing this performance to the professionally-produced shows I previously watched would be beyond unfair. They are, after all, no less than students who might find themselves on stage only because they are completing an academic requirement. But the sheer talent of the cast made my pre-determined impression dead wrong. The students of Faith Academy have made the journey through the yellow brick road well-justified, with acting skills and vocal quality that are as seamless as a legit Broadway show.

The story is based on the classic novel by American writer L. Frank Baum called The Wonderful Wizard of Oz. It follows the chronicles of Dorothy and her dog Toto in the great Land of Oz as they navigate their way back home to Kansas. Dorothy was informed by the good witch Glinda that the only way to find her way back home is to seek help from the Great Wizard of Oz. Equipped with nothing but a basket and her ruby slippers, Dorothy embarked onto a journey to find the wizard in the Emerald City. Along the way, she met characters who have agreed to join her adventure so they can voice out their own concerns to the wizard: the Scarecrow who was not blessed with a brain, the Tin Man who never experienced having a heart, and the Lion who lacks courage. Their odyssey is plagued with the evil interventions of the Wicked Witch of West, who is so committed to stealing the magical ruby slippers from Dorothy. 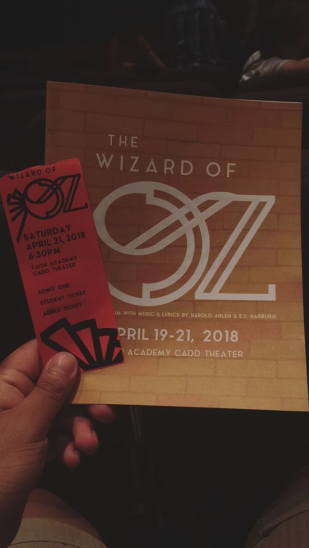 The classic masterpiece of Baum has been celebrated in different forms of art. Its popularity took its peak after the success of the film adaption of the book in 1939 starring Judy Garland, Margaret Hamilton, and Bert Lahr among others. The story of the Land of Oz had also inspired popular novel spin-offs, including Dorothy Must Die series by Danielle Paige and The Wicked Years by Gregory Maguire, which was turned into a Tony Award-winning Broadway show.

Dorothy’s adventure tells so much about the realities of human life and how deceiving things can be at times. The strongest message of the story is knowing that everything is not always what they seem. When Dorothy and her friends finally accomplished the tasks given by the Wizard of Oz, they discovered the man many of whom have considered great is a fraudster. The massive revelation also gave Dorothy and her friends the opportunity to realize that their concerns are not as bad as they deemed them to be. The Scarecrow who has always claimed to be in no possession of a brain was actually the source of great ideas during their adventure. Tin Man is not after all a heartless creature, uttering the famous line: “Now I know I have a heart cause it’s breaking.” And although the Lion has the faintest heart of all, he is the only person in the group who is courageous enough to acknowledge his fears, making him the most cautious.

The final conversation between Dorothy and Glinda the Good has to be my favourite because it serves as the culmination of Dorothy’s character development. It shows how far she has reached from being the Kansas girl who once dreamed of going to a place ‘somewhere over the rainbow’. This is a special thing to note since all of us share the kind of yearning similar to that of Dorothy’s. In this age of time where adventure and travelling are more of a norm than an exception, many of us tend to lose sight of the exceptional things we already possess. There is definitely nothing wrong with circumnavigating the world and being in places with unparalleled beauty. But one must remember that the greatest wonders on Earth might be lying just right at his doorstep. If there is anything Glinda said that I could not agree more, it is when she told Dorothy that ‘there’s no place like home’.

The Cast, Music, and Aesthetics

One of the many impressive things about the show is the strong creative presence of the students in different aspects of the production. The music and lyrics by Harold Arlen and E.Y Harburg were given a unique interpretation without abandoning the original identity of the material. Under the baton of Miss Sarah Lingenhoel, the entire orchestra was composed of students who possess an excellent command of each instrument they handle. However, I think in the future, the orchestra should manage to do their sound checking before they open the theatre to the audience. Audience members were left waiting for the start of the show inside the theatre, hearing all the musicians as they fine-tuned their instruments just minutes before the curtain rises. While others might consider it as some sort of an encore experience, a sitzprobe during the actual day of the show does not necessarily sound ‘professional’ for me.

I also noticed some minor issues with the lighting of the show. There are some scenes during the performance where lights were either too dim or too glary. On the scene when the house of Dorothy was hit by a tornado, the lights inside the whole theatre went wild, pointing at different and random directions, and sometimes even directly to the face of the audience. I acknowledge that the effect was meant to represent chaos, but the movement of the lights should have been a bit more synchronized to prevent affecting those who are watching, particularly the ones who might have some issues with their sight.

All the tiny concerns I have about the show remain negligible due to the overwhelming talent of the whole cast. I still am wondering how such amazing voices can fit inside the small and delicate physique of the students. And even those who have not yet mastered their vocal control were able to make it up with their bravado. There are obvious standout performers in the show including Abigail Spicer (Dorothy) who effortlessly charmed the spectators with her beauty and voice. I believe it is one thing to sing perfectly while acting and it is another thing to sing while acting perfectly. Spicer succeeded in doing both. She owned every scene with just the right amount of confidence and acting ability. Spicer did not leave a single detail of her character unattended. She held a rich consciousness of what she does on stage, from hitting the right notes to delivering the important and emotionally demanding lines of the show. 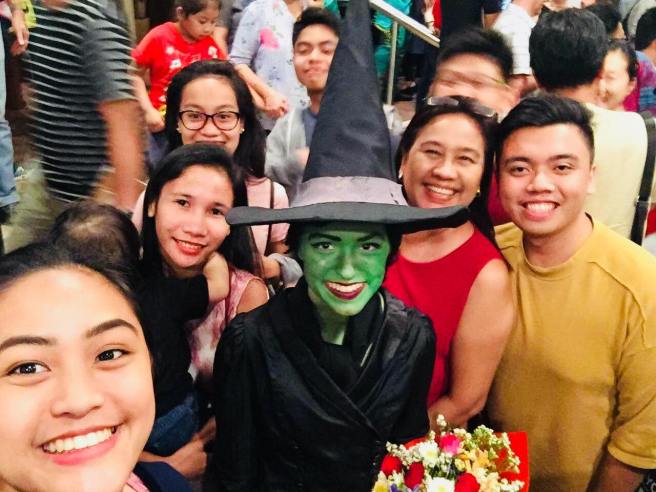 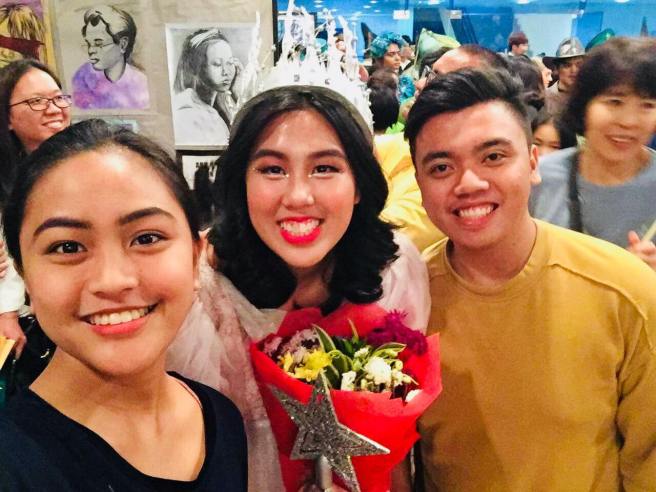 Maddy Helwig (Wicked Witch of the West) is also an actor to watch out for. As a villain, she is someone people would love to hate because of her excellent portrayal as a wicked character. I am impressed with how she managed to maintain the quality of her witch voice all throughout the performance. Meanwhile, Yohann Koh (Scarecrow) has to be the goofiest character for me. I think he also danced the best moves during the show.
The stage overflowed with cuteness and adorable spirit with the Munchkins who were played by younger students (maybe some of them are barely in grade school) of Faith Academy. At such a tender age, it is inspiring to know that they were already able to express a certain level of commitment and dedication to what they do as young performers. Their parents must be very proud of them from the beginning of the show until the curtain call.

I extend my congratulations to the cast and creative team of Faith Academy for the successful run of The Wizard of Oz. The production highlighted the most important thing in nurturing a gift: GREAT POTENTIAL. Getting lost in Oz could not be more exciting.